I just got back from St. Louis where I attended #shutterfest and met amazing senior models. Let me tell you, it was a blast! A big shout out to the models there and to my fellow photographers who helped, needed help, or were just there while I was shooting. Below is a small gallery of just some of the photos I got.

Returning to Shutterfest at Union Station in St. Louis, MO

Returning to Shutterfest at Union Station in St. Lou! 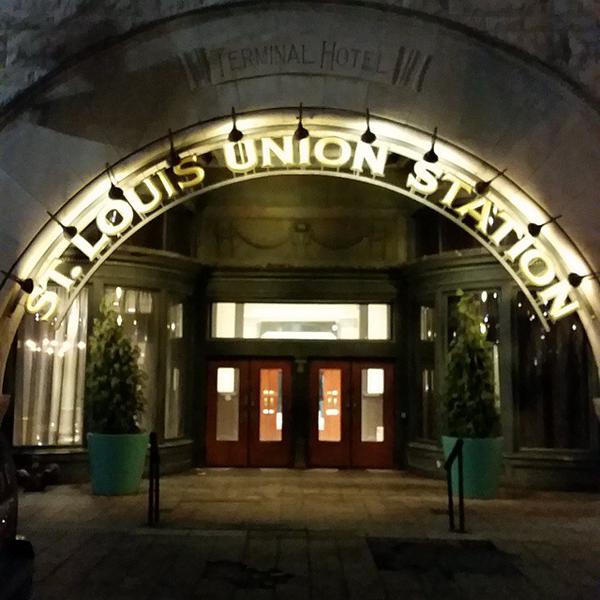 Back in April of 2015 I went down to St. Louis, MO for a two-day conference, known as Shutterfest. It’s a photography conference like no other. Sal Cincotta calls it the un-conference. I was absolutely amazed at all of the great content I was able to attend and all of the fantastic people that I met. It literally is a non-stop 24 hour a day learning fest. Last year I wasn’t able to make it down there. 🙁

This year I am heading back. From what I heard and saw from the group, I missed an amazing couple of days last year but this year, come hell or high water, I’m headed down there. I wrote about Shutterfest 2015 in St. Louis and I also wrote about fixing up my old Buick to take the trip and today I just wanted to let everyone know that it was the best conference, of any kind, that I’ve ever attended.

The conference is held at the famous Union Station, not too far from the Arch, the St. Louis Blues and the St. Louis Cardinals home games. When I was down there in 2015, I stayed at the Ballpark Hilton which was about a mile from Union Station. This year I’m staying at the host hotel which means I don’t have to take a shuttle or do any driving unless I want to.

This will also be the first major undertaking I’ve done since I had my stroke back on August 3, 2016. I’ve barely done any shooting since then, mostly practising in my office using my strobes in a simple setting on myself. I haven’t advertised or really pushed to do any paid sessions but it’s time to get back into real life.

I’ve used the last 7 months to strengthen my body and work on self-reliance and self-worth. I am still not back to 100% and I may never return to life as it was before the stroke so I have had to re-evaluate how and what I want to do for the rest of my life. If you want to, you can read about my short life summary in my article HELP ME HELP YOU to learn why I keep doing what it is that I do.

I’m really looking forward to learning new information and new techniques and meeting fellow photographers, models and people that live in St. Louis and the area to gain a better perspective on their views on photography and life in general. I won’t be taking the old Buick though. She died last year. Instead, I’ll be taking my old faithful Ford pickup with 18 years and 384,000 miles of experience. Yes, you read the mileage right. I’ll write more about Shuterfest17 when I get back. Until then, stay warm, stay dry, stay safe.

Fixing the old Buick for ShutterFest

While this doesn’t have anything to do with photography, per se, it does have to do with my upcoming trip to St. Louis next month for ShutterFest. All of my vehicles are old. I have two 99 Fords and a 98 Buick that I bought from my dad about 6 years ago when he couldn’t drive any more. My Fords are an Explorer that has engine problems and an F250 with over 350,000 miles and both get about 10 miles to the gallon. There was no way I was going to be able to drive round trip and afford the gas.

So, I decided it was time to get the old Buick back up and running. When I brought it back home last July I parked it because I couldn’t afford the insurance. The driver’s side window would not go up all the way, all 4 outer door handles were broken, the back doors wouldn’t open from the inside, the glove box was hanging open and the ashtray was broken.

The first thing I did was buy an outer door handle for the driver’s side. The front window wouldn’t go all the way up and the old door handle was actually missing, so I didn’t have a lock for it. I replaced the outer door handle on the passenger side the other day, put everything back together and no go. It still wouldn’t open. I took it apart today and pinched the metal clamp tighter and put it back together. I now had 2 doors that would open from the outside. The key would not turn the lock though.

I decided that it was time to tackle the back doors. I moved the front seats around and climbed in the back. I was able to get the interior trim off the door so I had access to the bolts that hold the door handle on for the rear driver’s side door. Jacob (my middle boy) was kind enough to contort himself and was able to remove the bolts. I removed the old door handle, pushed the mechanism from the outside and the door promptly opened. I checked the child-proof lock tab and sure enough, it had been moved to the lock position. We now had three doors that would open from both the inside and outside. I put the trim back on and it’s sooo much easier when the door is open!

On to the fourth (and final) door. I climbed back in to the back (through a door that now works!) and removed the interior trim. Jacob and Jonathon (my youngest) both helped to remove the bolts from the old door handle. I took it out, pushed the mechanism and… nothing! Ok, so I wasn’t sure what was going on yet, it was starting to get late and the kids were getting hungry. I sprayed the mechanism with penetrating oil and went and made some sloppy joes for supper. After we ate I went back outside (now getting close to dark) and used my flashlight to see what was going on as I manually moved the lever. The lever felt like there might be a broken spring. I went back to the driver’s side and looked at the mechanism that worked. I could see where the tab connected with the lever and I didn’t remember it being quite the same on the passenger side. Back around and sure enough, the lever had been so stiff that it had actually not moved in to the correct position when I pushed on it.

I took a flat-bladed screwdriver and pushed down on the tab. The door popped open! Hooray! But now the door wouldn’t shut. The tab stayed down. I went and grabbed a short nail-pulling prybar and hooked under the tab and pulled it back up. The door stayed shut! Ok, now we’re getting somewhere. I sprayed a little more lubricant in and worked the tab up and down. It came free! I now have all four doors working on the old gal! Now I need to order 2 rear door handles. When I get them I can put them in and have a decent car again.

I glued the ashtray back together with JB Weld and it’s drying now. Tomorrow I’ll run to the junkyard and try to find a catch for the glove box (the old catch had been bent so bad that while I did get the glove box to close, it catches and will hardly release, not to mention that it hangs open about a half-inch.

I now have a care that gets about 24mpg city miles which means I should get much better on the trip to St. Lou! I can now afford the gas! I am so looking forward to ShutterFest! It’s getting hard to wait!

The rear door handles have been ordered! I should have bought the front door handles online. Way, way cheaper than where I got them in town. $38 for the pair.

Although I haven’t been very active on my blog, I have been very busy practicing my techniques. I am in the midst of getting ready to head to St. Louis, MO for a two-day conference hosted by Salvatore Cincotta Photography called ShutterFest 2015. Sal and Taylor Cincotta are award-winning wedding photographers based in O’Fallon, IL. They regularly travel to Chicago, New York City and other world-wide cities, as well as the St. Louis metro area, to photograph awesome couples, seniors and models in a way that brings great drama and fantastic scenery to life. Sal’s amazing talents have brought me to the conclusion that if I am to become the best, I have to learn from the best. That is why I will be investing the time, money and energy to travel to St. Louis and learn as much as I can. I have already met several super people online via Facebook that will also be attending.

The conference itself may only be two days, but there is so much to see and do and learn that several of us will be getting together to do out-of-conference sessions, both before and after the event. This conference is one that I have been planning to attend for over a year. I will most likely be arriving Sunday before the event, just so I can get as much out of this opportunity as possible. I plan to suck the knowledge out of as many of my fellow photographers as possible. Goals that I have given myself are to learn off-camera lighting better, better business planning, marketing and how to pose people better to bring out the best in them so that the photos that I take for them are the best that they have ever seen. I want my clients to be proud to display them on their walls, to brag about what an awesome time they had, how much fun it was.

Some of the classes I will be attending will be taught by photographers such as Scott Detweiler, Bambi Cantrell, Sal Cincotta, Moshe Zusman, Scott Robert Lim, Nate Grahek (from StickyAlbums) and Vanessa Joy. With fantastic people like these to learn from, I won’t be able to help but become better. With the tips, information and techniques that I get, my photography is bound to become so much better than it is. Don’t get me wrong. I think I’m a pretty good photographer now. But pretty good isn’t where I want to be. The best is where I want to be. While I will never attain it, striving for it is what matters. Learning is what counts. Always working towards your goal is what makes us better people, better in life, better friends… you get the idea.

Please come back and check on me as I travel down this learning path to find myself. And, if you’re so inclined, if you want to experience what I can offer you, if you want to help me help you, please don’t hesitate to contact me. You can find me on Facebook, Twitter, Instagram, LinkedIn, Pinterest, Tumblr and right here. Call or send me an email. I’m sure that we’ll be able to work together to get you something that you’ll love for years to come.